The main task of this project was to replace the entire SCADA system without interrupting normal production and without loss of communication and overview of the system.
The task was implemented with a variety of ADVANTECH MIC 7500 industrial computers: a process server, an SQL server, eight gateways and a backup computer for each of them. In addition to these computers, we have installed a device for the communication protocol IEC 60870-5-101 for the upcoming connection to a new control Center.
The new client computers are installed in the control room to avoid the previous problems with the KVM switch and image and signal transmission. Client computers are connected to the switch in the server room with Ethernet cables, from where they can access the process and the SQL servers. At the same time, they are connected to the switch in the GIS via fiber optic cables. This means that they communicate with the backup devices even if the entire server room fails. We have installed three new client computers and an engineering workstation.

We connected three new 34-inch ultra-wide monitors to one computer each and two 65-inch monitors to the wall of the remaining client computer. Remote access was also requested from the client’s own computer, which is connected via VPN. A SCADA client was installed on the client’s computer and remote access was activated without the switchgear being able to be controlled. Remote access is only for monitoring. In addition to the gateways connected to the relays in the melt substations, we also had to include distant ends from the refinery, rolling mill, and SEC. We receive the information from these relays via MODBUS. The common signalling is recorded using the C264-Schneider devices in both buildings. Emergency diesel generators (EDG) are introduced in the Ma’aden auxiliary network to supply the compressed air substation in the event of a power failure. The Ma’aden auxiliary network is managed by the Substation Automation System SAS. The EDG system is supplied by Allen Bradley PLCs. The logic required for the EDGS to function is implemented in the Enilit RTU, which is located in the server room.

Note: The old and new systems worked in parallel all the time. 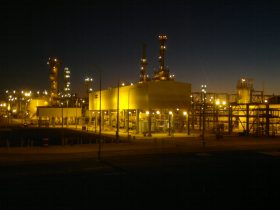